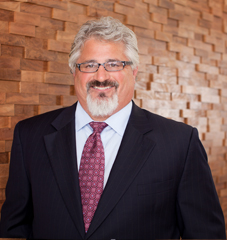 For more than 30 years, Phillip Greenfield has been litigating and trying complex commercial cases and class actions filed in federal and state courts and in arbitration, throughout the country. Mr. Greenfield represents entities and individuals, both as plaintiffs and defendants.

Represented an acquiring entity against national accounting firm alleging an audit failure in the acquisition audit. After a four-week trial, the jury returned a $21.7 million verdict in favor of the firm’s clients.

Represented Yellow Pages publisher in class action brought by Yellow Pages advertisers claiming $135 million in damages for breach of contract. Following a six-week jury trial in California Superior Court (Oakland), the trial court granted our client’s motion for directed verdict at the close of all of the evidence.

Represented Yellow Pages publisher in class action brought by Yellow Pages advertisers claiming in excess of $50 million in damages. Following a series of bench trials in California Superior Court (Orange County), the matter was settled with no monetary payment to the class.

University of Missouri-Columbia, B.S. in Accounting, 1985

Rose Brooks Center
Board of Directors